It’s inevitable. At some point (probably many points) in the midst of wildly successful sewing experiences, you’ll make a mistake.

Enthusiasm and excitement for a project, misunderstanding directions, or maybe just a careless mistake could cause you to end up with a seam you don’t need.

It doesn’t really matter what caused the mistake, the reality is now it has to be removed.

Having to rip out stitches is just part of the sewing process whether you’ve just started sewing or you’ve been at it for a while.

Thank goodness someone a long time ago invented the seam ripper. This is a handy little tool (pun intended), that allows you to quickly and easily remove seams you don’t want or need. That’s why it’s one of the essential sewing tools.

Parts of a Seam Ripper

The seam ripper consists of several parts: the handle, neck, point, J-curve, and (usually) a red ball. Most seam rippers have a cover that encloses the metal part when it’s not being used. 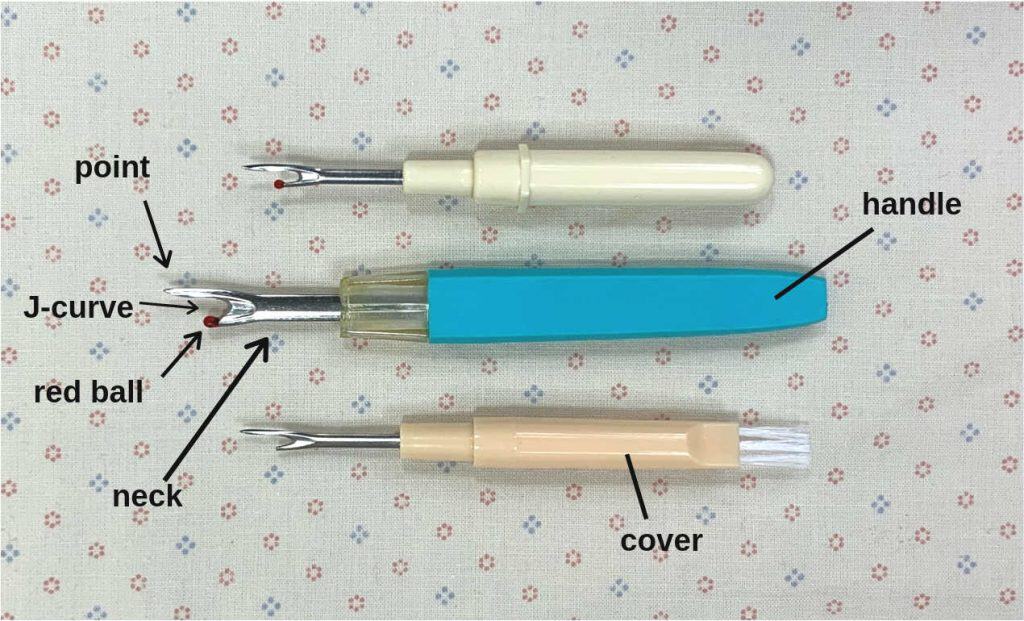 How to Use a Seam Ripper

The point is very sharp but this isn’t the part that cuts the thread. The thread is actually cut by the blade located in the J-curve.

There are a couple of different ways I use a seam ripper. The method I use depends on different variables such as the length of the stitches, how easily I can see the stitches or the type of fabric I’m using. Often times, I find myself alternating between the two methods.

Lead with the Sharp Point

One way I use the seam ripper is to lead with the sharp point to get the thread and the J-curve together.

Carefully slide the sharp point under a stitch. The stitch can be on either side of the fabric. Be careful not to poke a hole in the fabric.

Keep pushing the seam ripper forward until the J-curve touches the thread. Apply a little force and the blade will cut the stitch.

Once several stitches have been cut, pull the two pieces of fabric apart and the seam “rips” where the threads were cut. 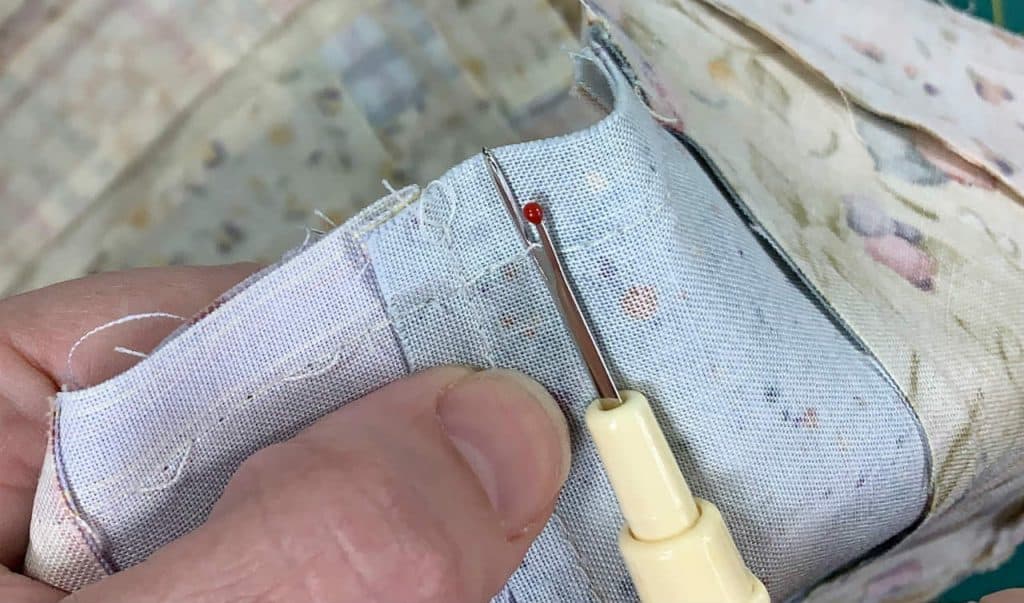 You usually don’t need to do this with every stitch. I start by trying every other stitch. Then I’ll move to every third or fourth stitch if the seam is “ripping” easily.

Lead with the Red Ball

The other way I use the seam ripper is to lead with the red ball.

When you lead with the red ball, you need to separate the fabric pieces so you can see the stitches between the two pieces of fabric.

Hold one side of the fabric and slide the red ball under the stitch. Angle the seam ripper up and push it so the J-curve cuts the thread.

Now, pull both pieces of fabric apart with a gentle tug. One or two stitches will “rip”. Three if you’re lucky, but don’t pull the fabric too hard.

Continue sliding the red ball under stitches, cutting thread, and pulling the fabric. 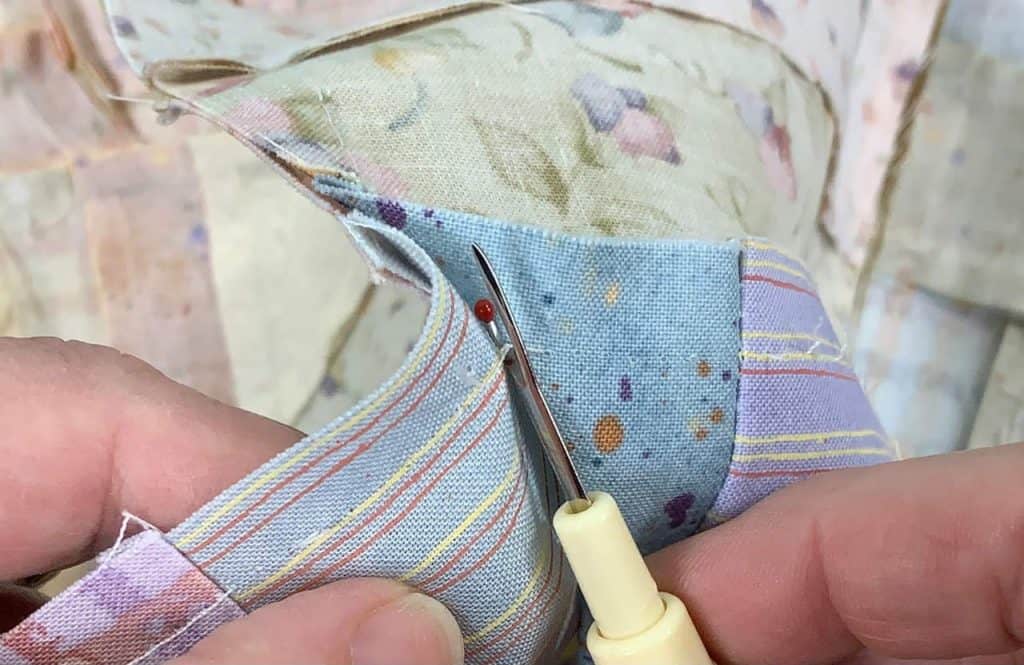 By having the red ball in the lead (instead of the sharp point), the chance of accidentally poking a hole or ripping the fabric is reduced.

After Using the Seam Ripper

Cover the sharp point of the seam ripper after using it. Seam rippers usually come with a cover that slips over everything but the handle.

After using the seam ripper, you’ll notice little threads all over the place. A lint brush works well to quickly pick up all the threads.

If there are a few stubborn little threads resisting the lint brush, a pair of tweezers can be used if you can’t pick them with your fingers.

How Many Seam Rippers Should You Have?

You need at least one seam ripper.

There’s no doubt in my mind you’ll need to remove stitches at some point in your sewing adventures. If you don’t have a seam ripper, you’ll need to find something as a substitute. It’s almost a guarantee whatever you find won’t be as quick and easy as a seam ripper.

Even with this plan, I can’t always put my hand on a seam ripper when I need it. However, I always manage to find at least one of them after a little searching. It’s just not worth it to use anything else to remove stitches.